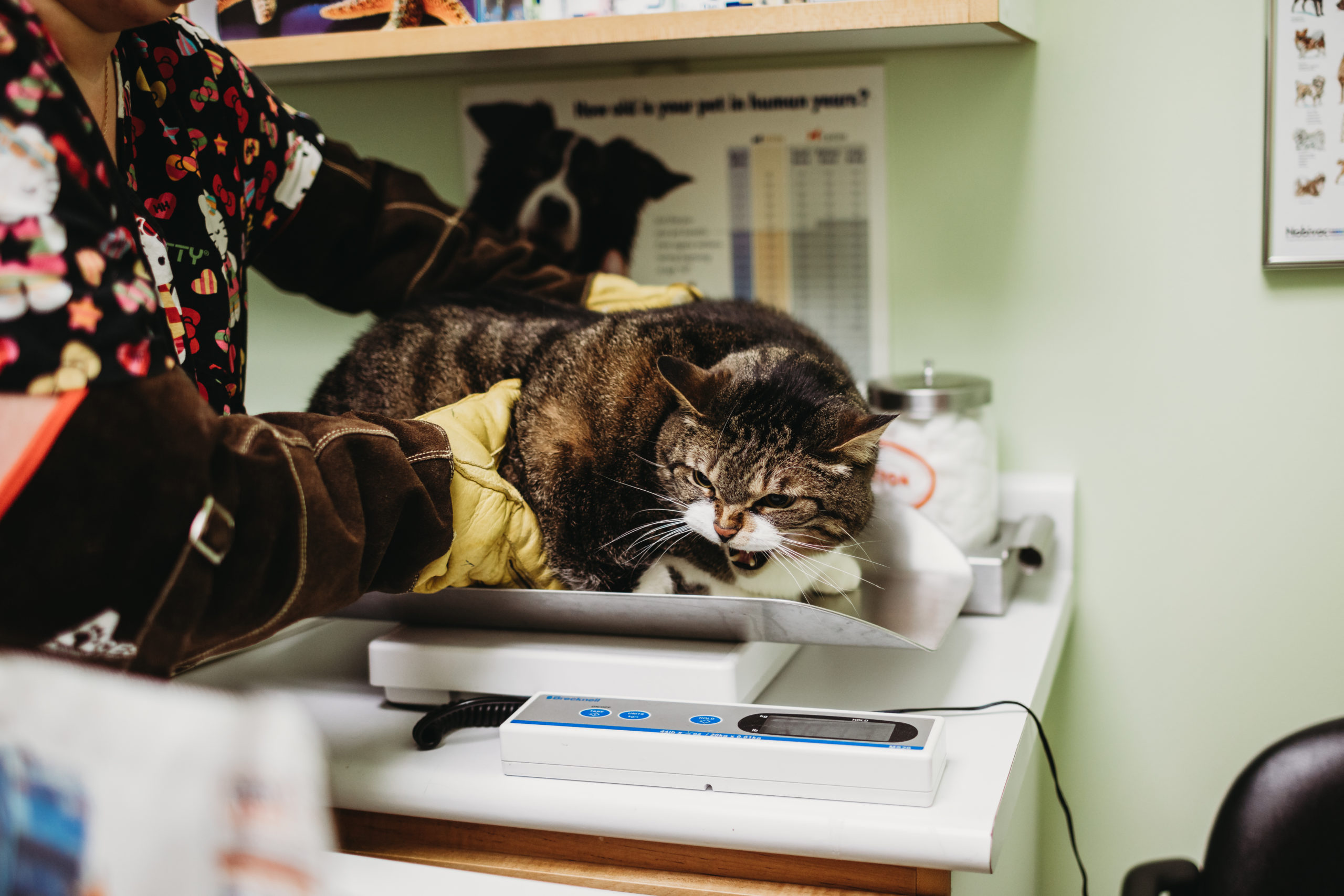 When it comes to feline obesity, a lot of folks jump to the conclusion that owners must be “abusive” and must be “force feeding” their cats in order to get their cats fat. This is not speculation – this is our lived experience. As someone who has had (and still has) an overweight cat, I have the answer for you. Why do people overfeed their cats? Truthfully, 9 times out of 10, it’s due to lack of education.

If you want to stop owners from overfeeding their cats, you have to take a step back and put aside the conclusions you’ve come to through your own thoughts and feelings. Removing your own biases is key here. Once you’ve done that – you need to ask yourself why. WHY are owners overfeeding their cats? Is it intentional? Not intentional? Either way – why? Why, why, why… keep asking why until you can’t ask why anymore. And you’ll come to the conclusion I already stated above…

Why do people overfeed their cats? Because they lack the education and guidance necessary to feed appropriately.

Intent and impact are both very important things to recognize in all situations, but especially here. While the impact of overfeeding a cat is that they gain weight (and become at risk for obesity-related complications), if you don’t understand the intent behind why an owner is overfeeding, you’ll never be able to fold the problem.

Many people, including quite a number that we’ve encountered in our own lived experience, jump to conclusions about “why” a cat is overweight and along with this conclusion, come many of that person’s own biases. They do not consider how the cat may have become overweight nor do they consider to ask the owner about their history with the cat thus far and what has or has not been tried. They jump to accusations of abuse, neglect or “clout chasing”.

Why do People Overfeed Their Cats: 5 Reasons Why

We’re going to take a logical, methodical and educated approach to understanding why people overfeed their cats. We’re going to base our conversation on the culpability model by psychologist Professor James Reason. Professor Reason’s principal area of research has been the management of human error and systems failures. This means that Professor Reason specializes in why humans make mistakes.

Deliberate harm is somewhat self-explanatory. It means that a person was of sound mind to know the risks associated with what they were doing, were aware that the risks would be significant and/or negative, but chose to do it anyways.

From my personal experience, as someone who has been accused of overfeeding their cat for views, likes and internet clout, I can say with certainty that those who are “concerned” about the cat are in fact the clout chasers. They don’t bother even reading other posts on our accounts to see that Hercules was on a diet. This goes to show how little they actually care about the animal and that they just want to use myself (and other owners of overweight cats) as a punching bag.

Is the owner facing any capacity challenges that may be making it difficult for them to properly execute a plan.

The help that you can provide in these situations is going to be specific as to the type of incapacity that the owner is facing. Your help would be either to the owner so that they can dedicate more resources to the animal, or to the animal directly.

This can be a more commonly seen reason for why people overfeed their cats. In a foresight test, you have to ask if the owner purposefully diverted from an agreed-upon, safe plan? Did they have the resources to proceed safely and appropriately but still chose not to?

Don’t forget, like in point #1 above – this must be approached with facts only, not with speculation. This means you need to have proof of admission that the owner was aware of an agreed-upon plan and then purposefully diverted from that.

How can you help?

Most folks who are in this position need a combination of education as well as support. Education is important because when an owner doesn’t truly understand why they’re being asked to change something, they have a harder time sticking to a plan. Support is important because like anything in life – we all hit roadblocks. Life isn’t about just focusing on one thing at a time, we often have many things going on in life and have to prioritize differently. If someone has stopped their cat’s diet because they’re overwhelmed with other things, support (not shame!) is going to be one of the keys to getting them back on track.

Finally, when trying to understand why some owners overfeed their cats, you need to put someone else in the owner’s shoes and ask a few questions. The substitution test is all about trying to figure out if another person with the exact same background knowledge and exact same skill set and exact same experiences would have made the same decision.

This one is a bit harder to spot as a single experience; you often need to engage with the person to learn more about the situation. Here are 2 examples:

How can you help?

As we mention in the foresight test, helping in this scenario can involve education and support when this test indicates that the issue is likely systemic. It also involves advocacy towards systemic improvements to prevent problems for the future. Anger, shame, blame, or spewing fear at owners by telling them “your cat is going to die” is absolutely not the way to help.

So why do some owners overfeed their cats? The #1 Reason Is…

It’s a systemic issue with education being the primary factor, followed by a lack of guidance both within a vet office and outside.

When a cat is spayed or neutered, it’s exceptionally common for them to gain weight. There are many reasons a cat can gain weight in addition to sterilization, and sometimes these issues overlap and a cat will gain weight exceptionally fast. More and more vet offices are making nutritional education a part of the neuter/spay program, but it’s far from the majority of clinics. There are still many veterinary clinics that don’t even have a nutrition or weight loss program. You can’t expect an owner to know more than their vets.

Lack of guidance also exists on food charts that are located on bags or cans of cat food. Even the “diet” and “indoor cat” formulas have food charts that generally overestimate the number of calories your cat needs. This means that even if someone has the best of intentions and is using that chart religiously, they’re still setting themselves up for failure.

Education, support, and systemic change are how we will reduce the number of owners that overfeed their cats. 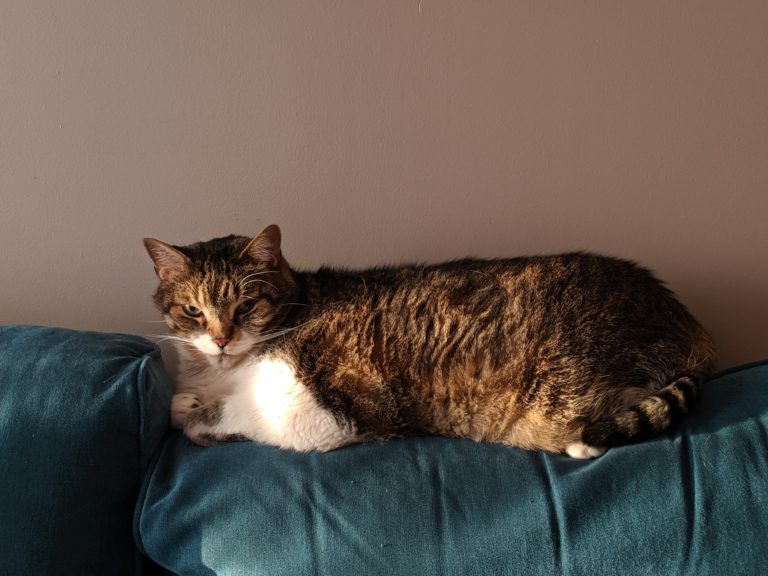 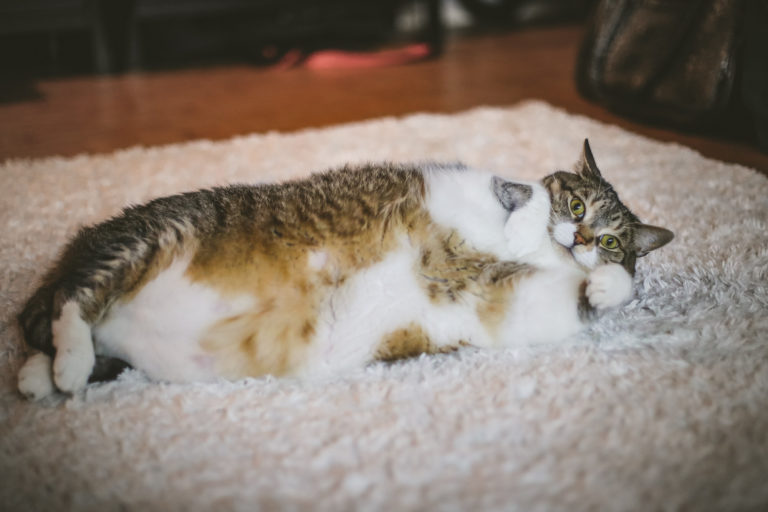 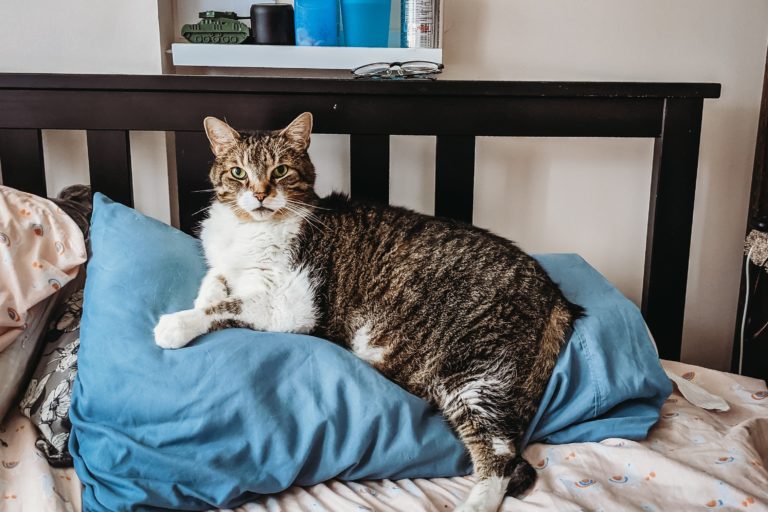 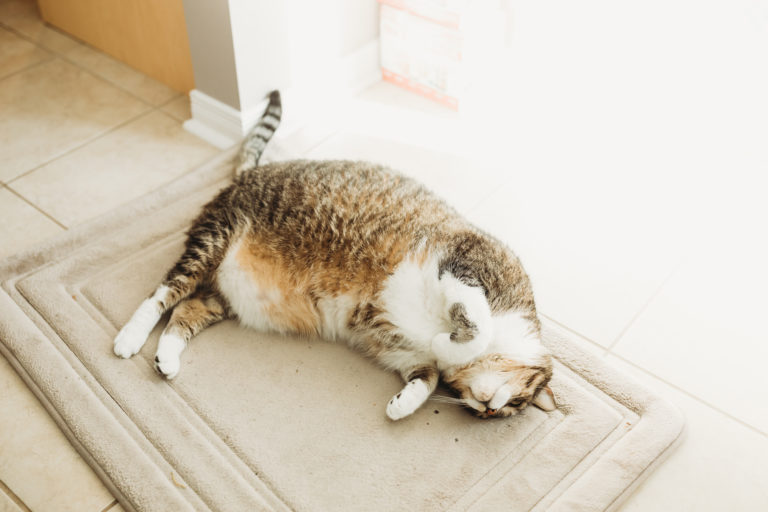 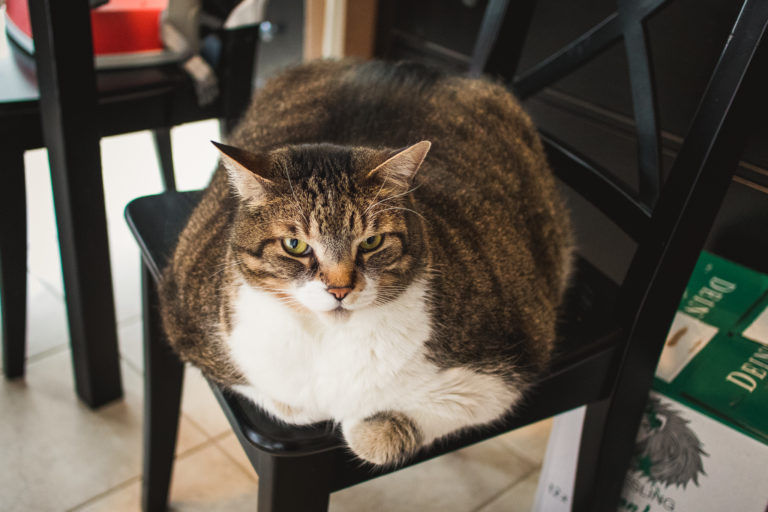